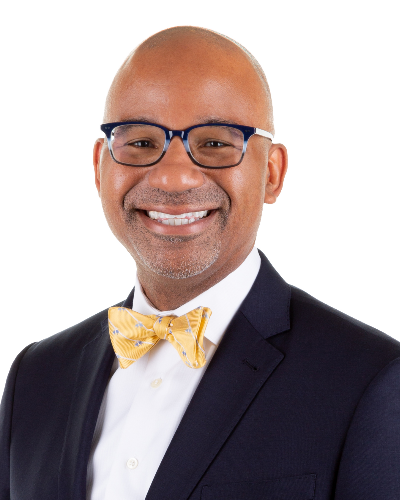 Ian T. Johnson, M.D. was born in Fort Leavenworth, Kansas, into a family with five brothers and sisters. He grew up amongst other military families in the suburbs of Washington, DC, and is the son of a retired US Army Brigadier General. He attended the University of Virginia (UVA) where he obtained his Bachelor of Science in the School of Nursing. After graduating from UVA, he attended medical school at the University of Louisville, School of Medicine. Dr. Johnson completed his residency training in Boston at Harvard’s Neurological Surgery Program, at The Boston Children’s Hospital and The Brigham and Women’s Hospital. Following his Chief Resident year, he was selected by his peers and faculty to receive the prestigious Neurological Surgery Resident of the Year award. He completed two subspecialty training fellowships, the first at the Boston Spine Group in complex spinal surgery and the second at the LA Spine Clinic in minimally invasive spinal surgery.

Dr. Johnson has served in many leadership positions during his career. He was the Medical Director of Spinal Surgery at the Medical University of South Carolina and the founding Chairman of Neurological Surgery at UCSF Fresno, and the Vice Chair of Neurological Surgery at the UCSF main campus. Over the years, he has served on his medical group’s Board of Directors as well as countless committees both as a participant and a leader. He has a long track record of teaching medical students, allied health students and residents of multiple disciplines (both neurological surgery and other specialties including general surgery, orthopedic surgery, emergency medicine, neurology and internal medicine).

Currently, Dr. Johnson is the Vice President of Clinical Strategy at Community Health Partners (CHP), a multi-specialty physician group in Fresno, where he uses his collaborative skillset to bring services together to expand care to the entire Central Valley region. At CHP, he also serves at the Medical Director of Neurosciences, leading both neurologist and neurological surgeons in their clinical and academic pursuits.

Dr. Johnson is a Lieutenant Colonel in the US Army Reserves, Medical Corps. He also received his Master of Business Administration (MBA), from the University of Tennessee, in the Physician Executive Program. He and his wife, Elizabeth, love spending time with their five children. Ian and Elizabeth are avid runners and have completed more than 10 full marathons, including the Marine Corps Marathon, Paris Marathon and the New York City Marathon.

University of Louisville School of Medicine

American Board of Neurological Surgery